Looks like I am finally over my sewing funk. After sewing nothing to speak of for several months, I've turned out two tops, a sweatshirt, and two pairs of pants in the last week. Most of these are re-makes of patterns I've used before. Nothing like a TNT or two to help dig you out of a sewing slump.

This is my first waltz with this pattern though; the Fortuna Joggers from Sew Beautiful, by Kennis Wong. Kennis Wong is the mastermind behind Itch to Stitch. I've used a bunch of her patterns over the years and I've enjoyed them all, so when the book came out I ordered a copy. 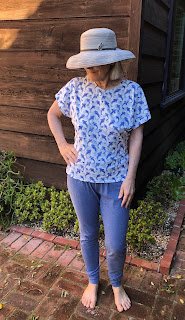 I've been wanting to make a couple new pairs of sweat pants for a while now. My original versions were from a Burdastyle pattern from March, 2014. Wow, that means those sweats served me well for six years.
The Fortuna Joggers are a sleeker, hipper style. Kind of a stretch for me, but I was feeling a little frisky.

I used a cotton jersey I ordered from Cali Fabrics. The thing about ordering fabric online is I can't really judge the weight until I open the package. This jersey is really too light for a pair of pants, but it is soft and comfy to wear, so I'll enjoy these joggers until they snag on something and die.

The cut is narrower than my Burda pattern, that's for sure. I had done some flat pattern measuring, so I knew that going into the project, but the fit is close enough that I felt a little indecent when I first tried them on for size. They're definitely growing on me now that I've worn them. They'll be primo for bike riding; no worries that my pants hem will get hung up in the chain. 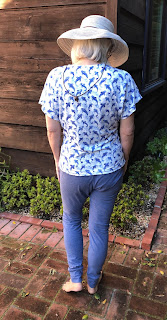 One of my favorite parts of the pattern is the pockets. I don't know what this style is called. Instead of having a front pocket facing, the back pocket piece is sewn to the front leg piece around the inside edge. It makes a pocket that won't be folding up funny or turning into a wrinkled mess in the laundry.

The top of the pocket is finished with a strip of woven fabric, which stabilizes the edge very nicely. It's also a chance to have fun choosing a scrap of coordinating cotton from the quilting remains. 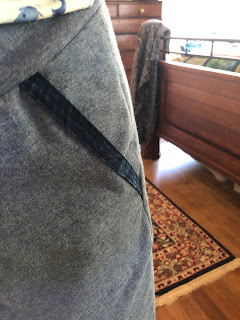 Here's a hands-in-pockets photo for you.

My only alteration was to shorten the legs a couple of inches. Once I'd committed to a size and made that change to the pattern pieces the joggers were very quick and straightforward to sew.

I'm planning on making another pair of these babies ASAP, so I can finally say good-bye to my baggy old sweats.

I'm also eyeing several of the other eight patterns in this book. Specifically the the Mornington dress, the Palermo blouse and the Orosi scarf-neck top. And I've already traced out the Taktsang dolman wrap, but it turned out I didn't have quite enough of my sweater knit to squeeze it out. Those dolman sleeves, man. They always take more fabric than you imagine they will. 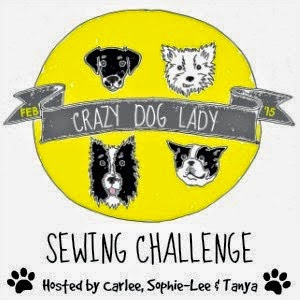 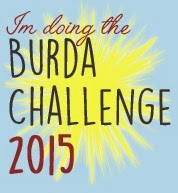 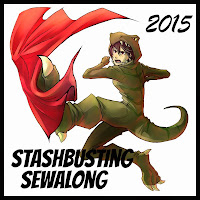